Sojourner Truth Essay Winners Are From The MSD of Steuben County
Monday, November 21, 2022 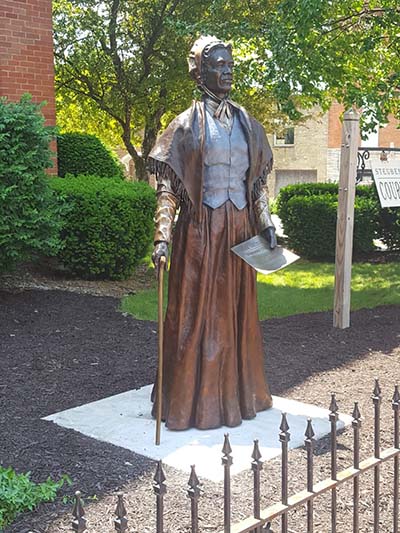 The two winning essays were written by Ava Budak, a ninth-grader at the time, and her father, Robert Budak, a teacher at Angola Middle School.

The two were provided cash prizes for their efforts.

A life-size sculpture of Sojourner Truth is located in front of the Steuben County Courthouse, located at 55 South Public Square, Angola.

Steuben County’s efforts to honor her just so happened to coincide in the celebration of what would have been Truth’s 225th birthday on Friday.